I am seriously pumped about how last night’s dinner turned out. Not only did I try a new (to me) method, braising, I also juggled two recipes at the same time. AND this was made entirely from things we had in our refrigerator! That last is a big step for me, as I’m pretty bad with both leftovers and recipe modification. Thanks, Crystal, for keeping me sane while I worked on this!

Braised Chicken with Mushrooms, Sage, and Lemon (based on this recipe, except I used two leg/thigh quarters, browned some sliced mushrooms after browning the chicken, used sage instead of thyme, and omitted the capers ), served with 101 Cookbooks’ Simple Cauliflower Recipe as written  and leftover barley that Logan mixed with a bit of yogurt to make creamy. 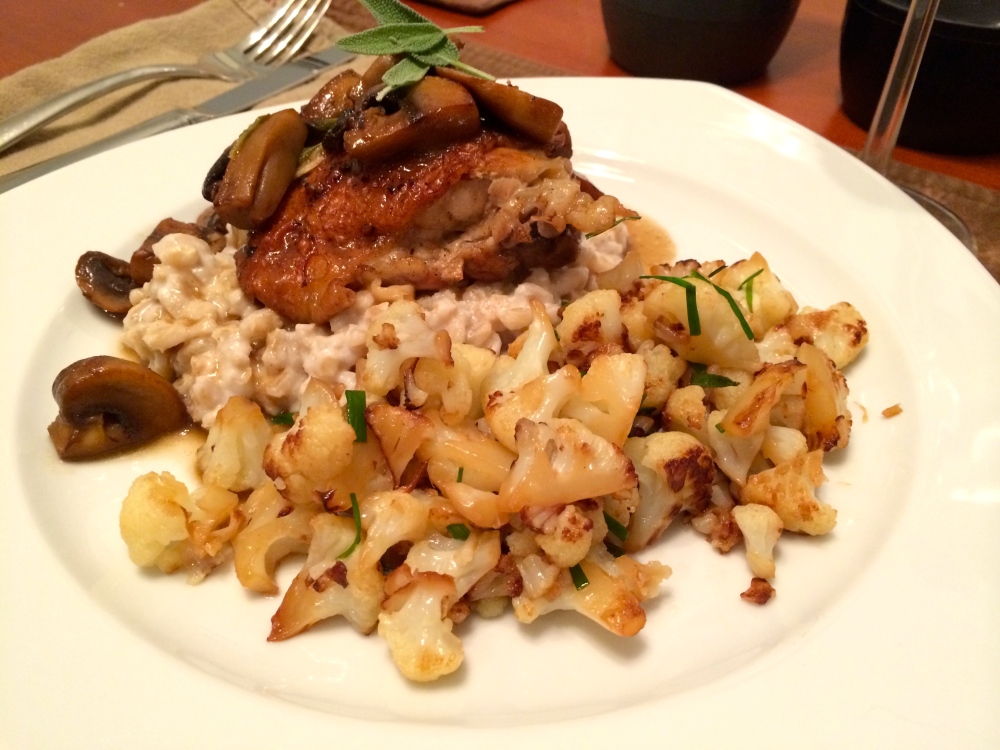 YES! I’m definitely saving both of those recipes. They were both delicious, simple enough for me to easily follow, and didn’t need any extra modifications besides a little salt. Great flavors!

Note: I need to learn to break down a cauliflower, as the method I used last night (poking at it with a chef’s knife until florets started to fall off) was inefficient and took five-ever.

Back to laundry! Dinner tonight: meat from last night’s leftover chicken legs shredded for tacos. We have refried beans, avocados, and greens, so! Gringo-style taco!