22 hours on the dot door to door. Ami was pretty uninterested in the giant bag o’ toys I brought for her amusement, but was into the screens. She didn’t fall asleep until 10 hours into our 13.5 hour flight from Dallas to Tokyo, so, uh, that was fun?

(Maze in the DFW international terminal. It plays music!) 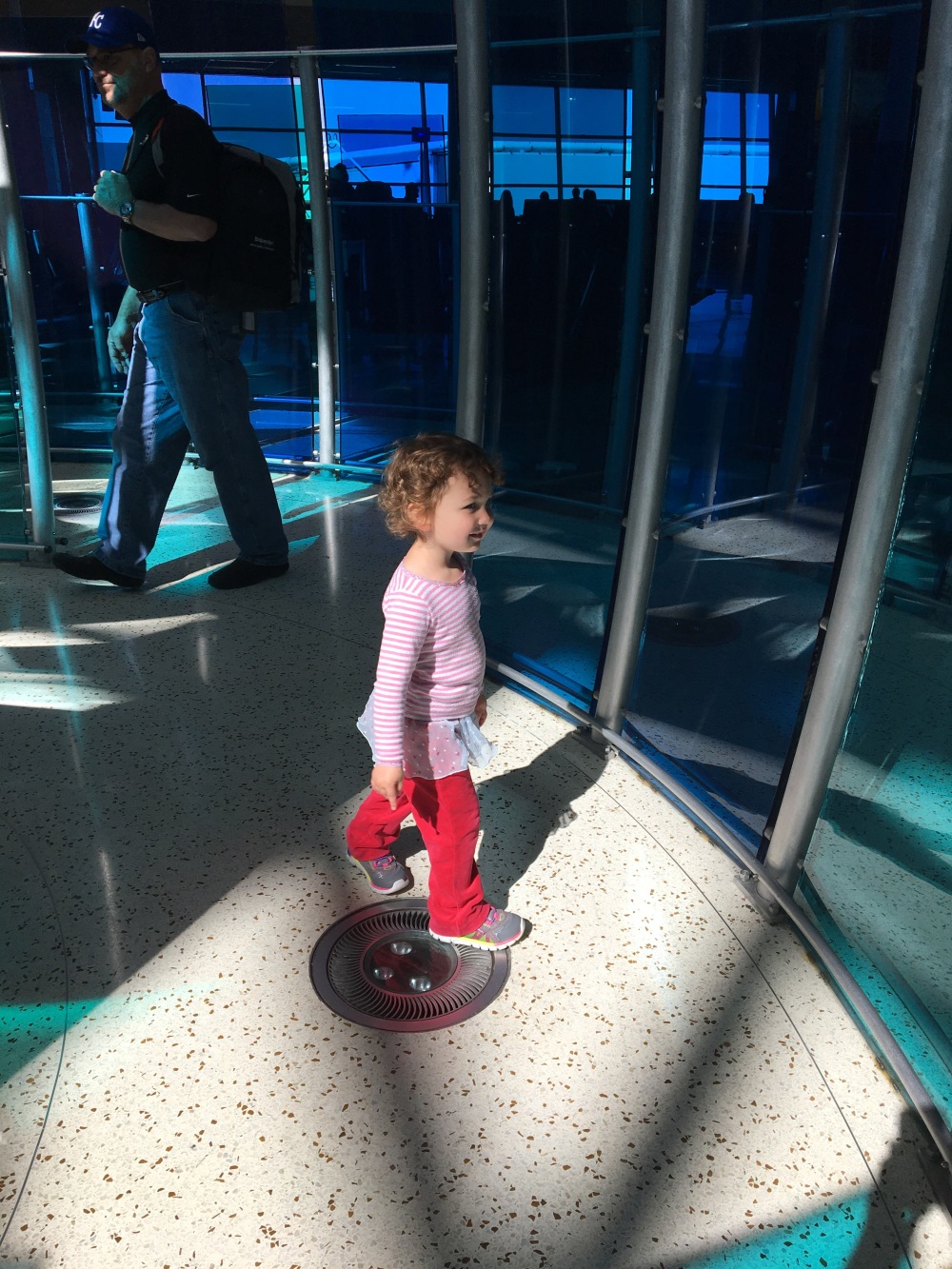 She slept for about 2 hours total. I got 20 or 30 minutes while she slept, and Logan, for the first time since I’ve known him, slept not at all on a long-haul flight. 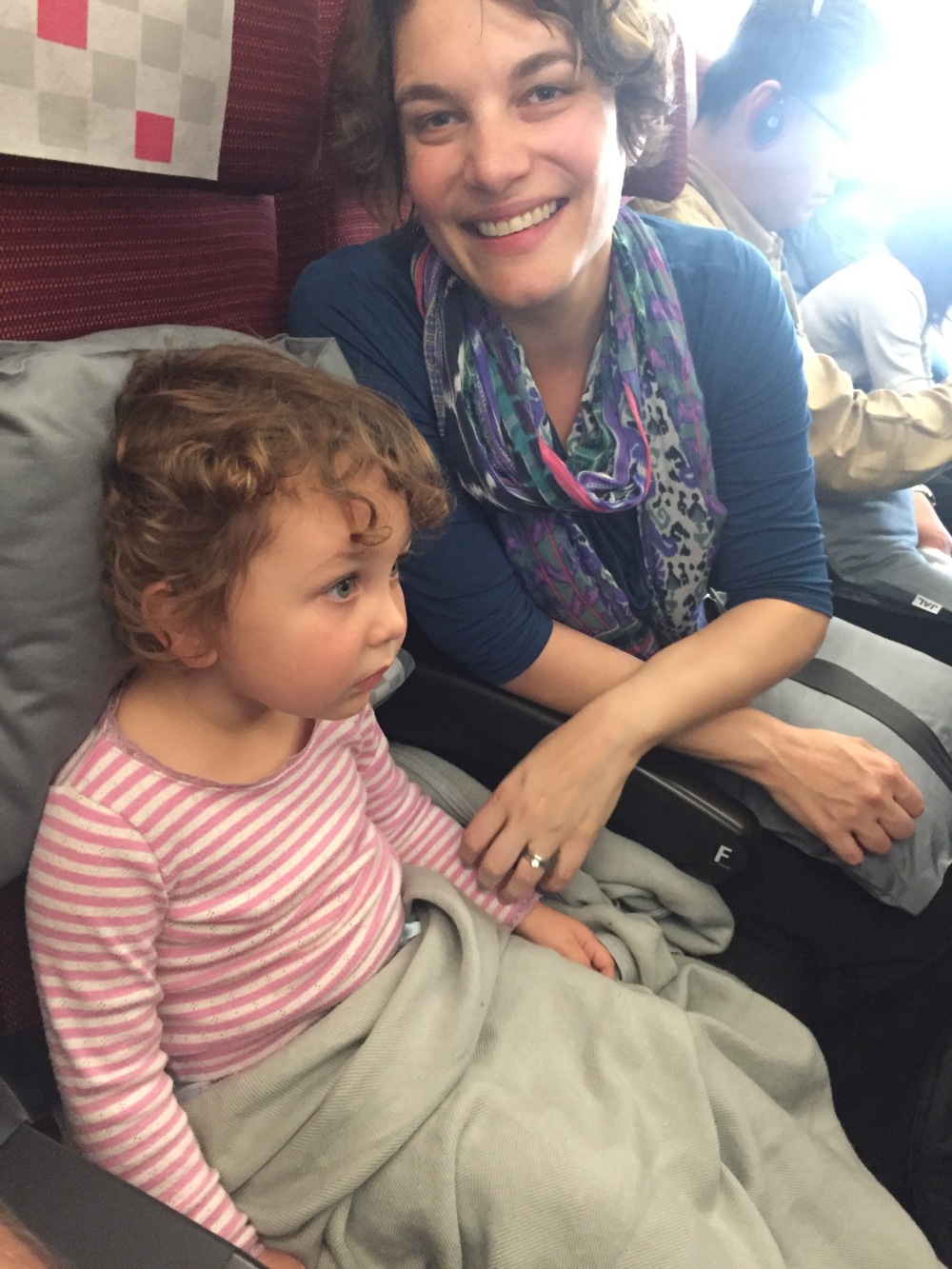 Ami had her first oshibori (Japanese hot towel) experience and was all about it, wanting to use it to clean the screens and the seats and the armrests.

Our plane had to circle a few times before we landed, and poor Ami got her first serious air sickness. She got sick several times on the plane.
We arrived at Narita pretty wrecked. Ami vomited again literally as we were getting our passports stamped at passport control. The officer was super understanding, thankfully, handing over his trash can and a sheaf of paper towels. Poor thing. On the way back, I’m definitely using the Dramamine I packed. 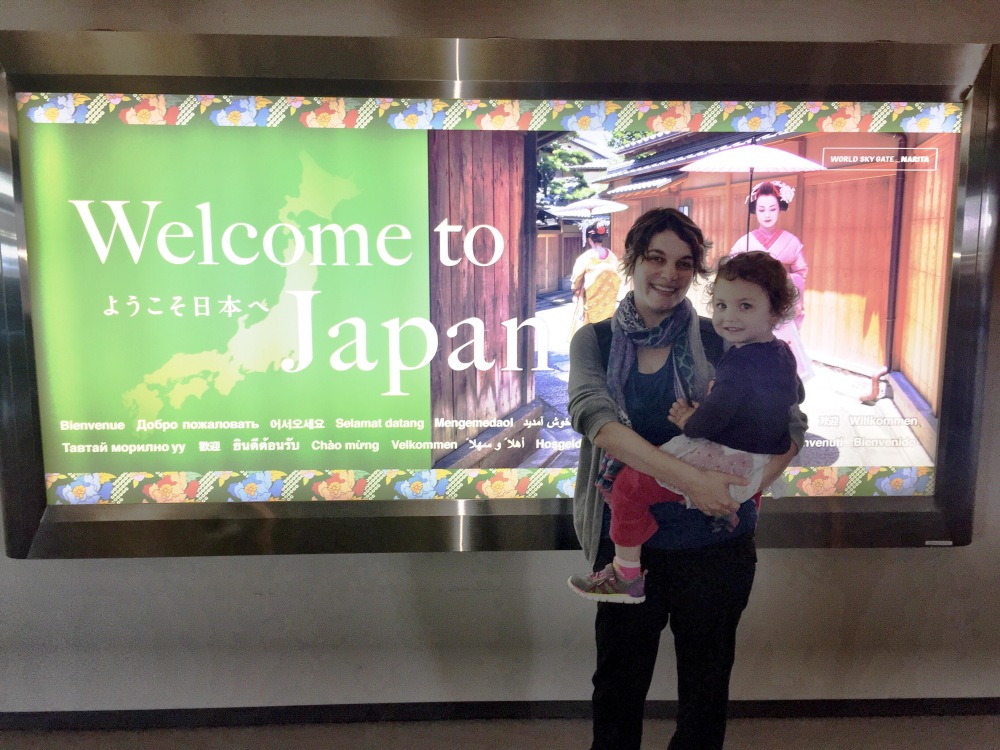 I’d made a note of where to pick up the pocket wifi, as well as which train we wanted to take to our AirBNB (the Keisei Skyliner). Even then, we had some trouble, somehow screwing up our transfer between the Skyliner and the JR Yamanote line. As you can probably imagine, this was more stressful with an exhausted, sick toddler in tow. (She got sick again on the Skyliner.)

Ami REALLY liked the JR line subway train to Harajuku, especially the handles for hanging. Thankfully we were able to get seats after a bit.

She was pretty overstimulated and had a lot of trouble calming down for bed, but she finally crashed while Logan read to her.

But the important thing is, we’re HERE! And hopefully ready to hit the ground running tomorrow.