I got a personal calendary agenda thing! It’s purple and CUTE and named after Positano. (Here’s big blog stepping in to tell you why that appealed to me so strongly.) 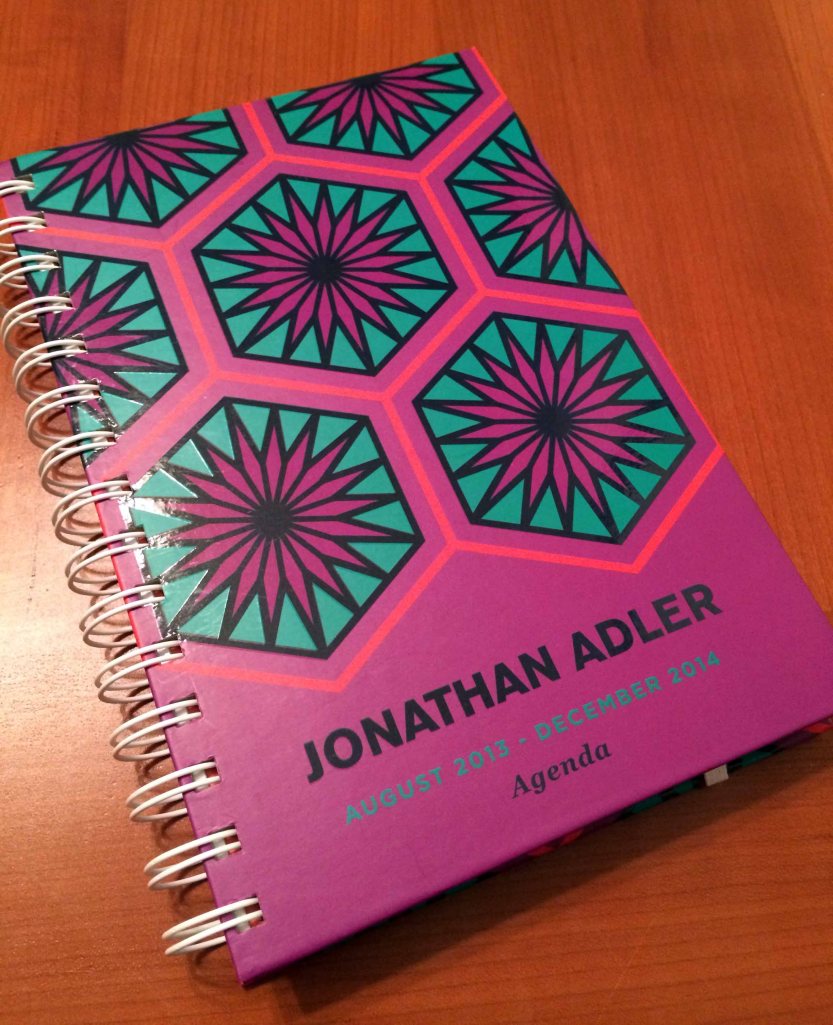 Also, every single page inside is more adorable than the last. I can’t wait to ruin it all by writing all over it with my childish, chunky handwriting. My hand now cramps up after writing less than a sentence… but I can type all day long. Weird, that.

I already got a schmear of borscht (tonight’s dinner) in it, and thought for a second that it might be fun to dot the pages with little bits of food, to show the colors we eat through 2014. Bright red beet, curried saffron-colored chickpea, perhaps a light wash of green pesto…

Until I realized that was completely and utterly disgusting and also THAT’S HOW YOU GET ANTS.

A couple of weeks before my 16th birthday, Kurt Cobain died. I hadn’t been to a Nirvana show, or even heard of the band before Nevermind was released, but Smells like Teen Spirit came out when I was in seventh grade and I KNEW WHAT TEEN SPIRIT WAS. I may have even had a stick of California Breeze somewheres in my bedroom. This song was, therefore,  by the transitive property of the self-centered teen, ABOUT ME. When Kurt (see, we were already on a first-name basis) died, I clipped out the obituary from the Chicago Sun-Times and hung it on the door of my bedroom, where the clip yellowed and I could stare at it while reflecting on my middle-class disenfranchisement.

The aging newspaper article stayed there, attached by a fraying piece of scotch tape, for a couple of years. I wore oversized men’s flannel shirts that I bought for $2.99 at Uncle Dan’s Army Surplus Store, colored purple, green, and blue streaks in my hair with markers, and started oh-so-cooly puffing on the occasional Marlboro Red. My parents threatened to take my bedroom door off its hinges, they were so sure that I was smoking in there. One day, I decided that the poor, sad clipping just didn’t have enough PATHOS. It wasn’t enough of a tribute to this heroin-addled man. It needed FEELING.

So I set a corner of it on fire.

There aren’t many things that burn like two-year-old newspaper, it turns out. The paper was immediately engulfed in flame and almost as quickly went out, which was good, as the doors in our apartment were hollow-core and probably wouldn’t have needed much motivation to catch on fire themselves.

Panting with anxiety and nerves, I told my parents that the acrid smell in my room must have been related to a fault in my small space heater. They either believed me or just didn’t want to deal with it. My doors remained on their hinges, but Mr. Cobain’s obituary was no more.

I guess I’ve gotten a little smarter since then. Without even experimenting, I can tell you that smearing my notebook with food would not imbue it with a look of “indie cool”, but instead something more along the lines of “incredibly smelly and also impossible to open”. Perhaps I did learn a little in my 20s after all.